To determine the coordinates of the flaw, the flaw detector measures time between the moment of generation of the probe pulse and the moment of arrival of the echo pulse (TEC), as a consequence of reflection from the flaw. The distance to the flaw along the ray (R) is calculated as a segment of the line coinciding with the acoustic axis and connecting the center of the reflector to the exit point of the beam. The time spent by the wave for traveling through the prism of the PET in the forward and backward directions, the so-called the prism delay time (2TEP) is to be excluded.

The distance to the defect along the ray can be calculated by the formula:

Where C – sound velocity in the controlled object.

To find the depth and the distance to the defect on the input surface, you need to use the value of the angle of entry (a)

When calculating X and Y, some errors may arise, primarily related to the determination of the wave velocity in the product, the angle of input (α) and the delay time in the prism, since the values of these parameters are determined by the operator when tuning the flaw detector. The calculation of the coordinates of the defect can also be unreliable if we use an erroneous determination of the exit point of the beam or for the maximum echo signal to receive the signal received from the defect by a lateral ray (Fig. 6.2). 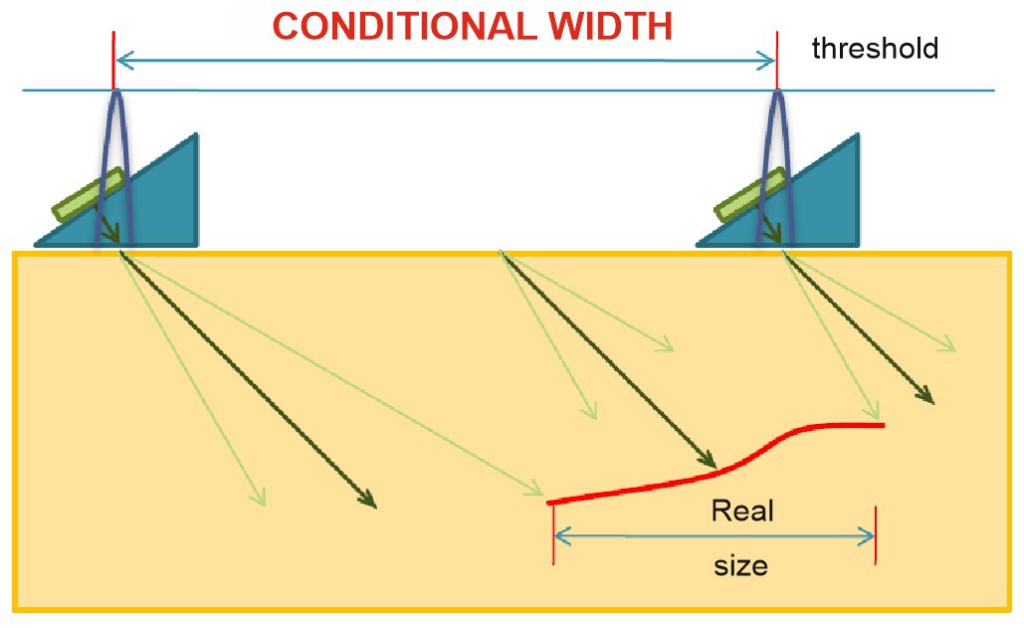 Fig.6.2 – Illustration of one of the reasons for the appearance of the error in determining the coordinates

The magnitude of the defect, in those cases when it does not exceed the width of the directional diagramm, largely determines the amplitude of the echo signal. For this reason, amplitude characteristics are often used as criteria for product rejection.

The amplitude (N) is the echo-pulse exceeding of the threshold level of the flaw detector. 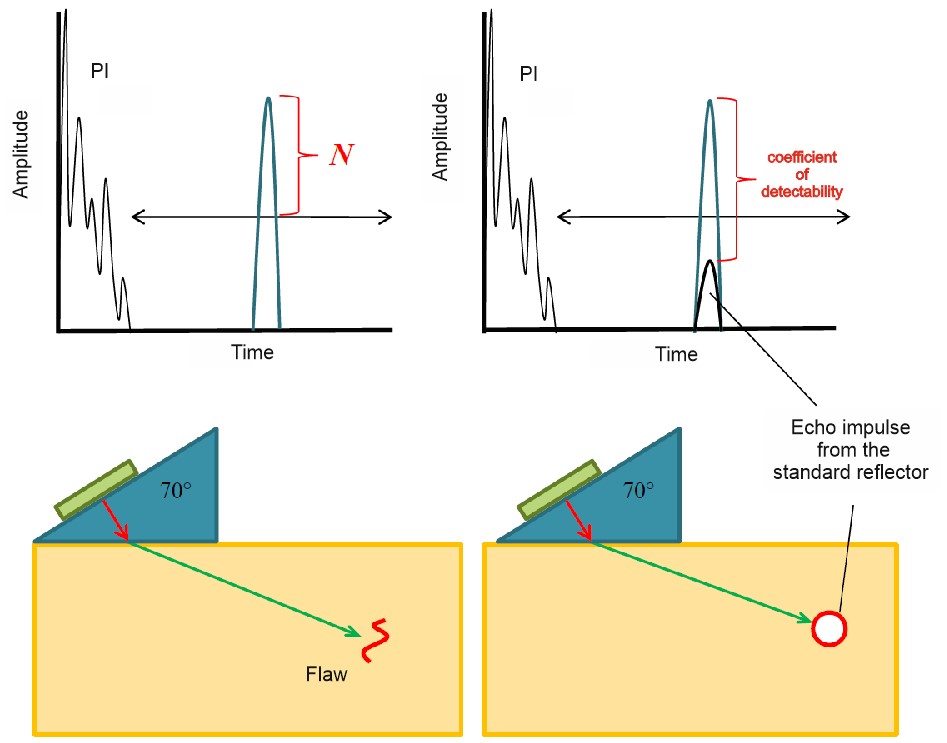 Fig.6.3 – Determination of the amplitude and coefficient of detectability 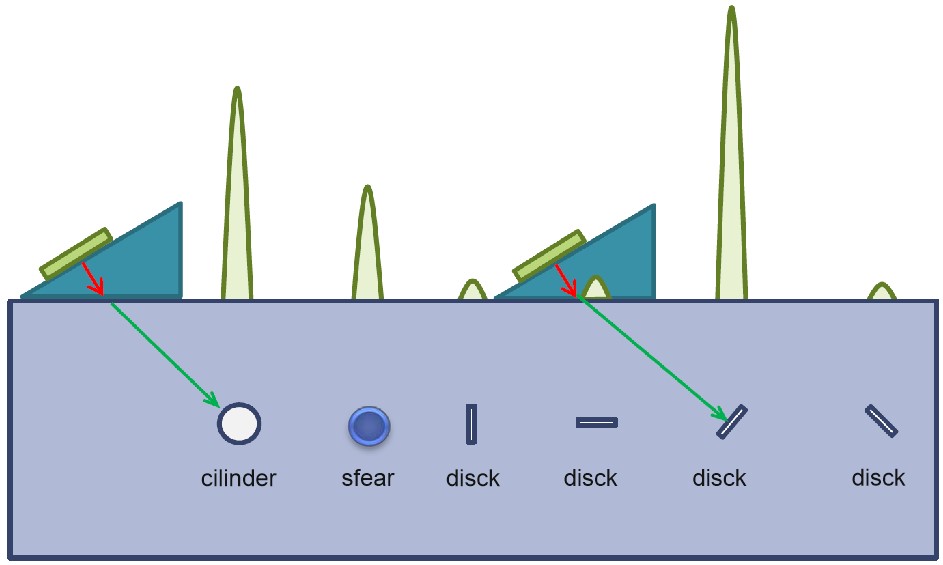 Fig.6.4 – Relationship between amplitude and detection factor with defect form

The defect characteristic, which combines two parameters, namely the amplitude of the defect and the depth of its occurrence, is called the equivalent defect area. 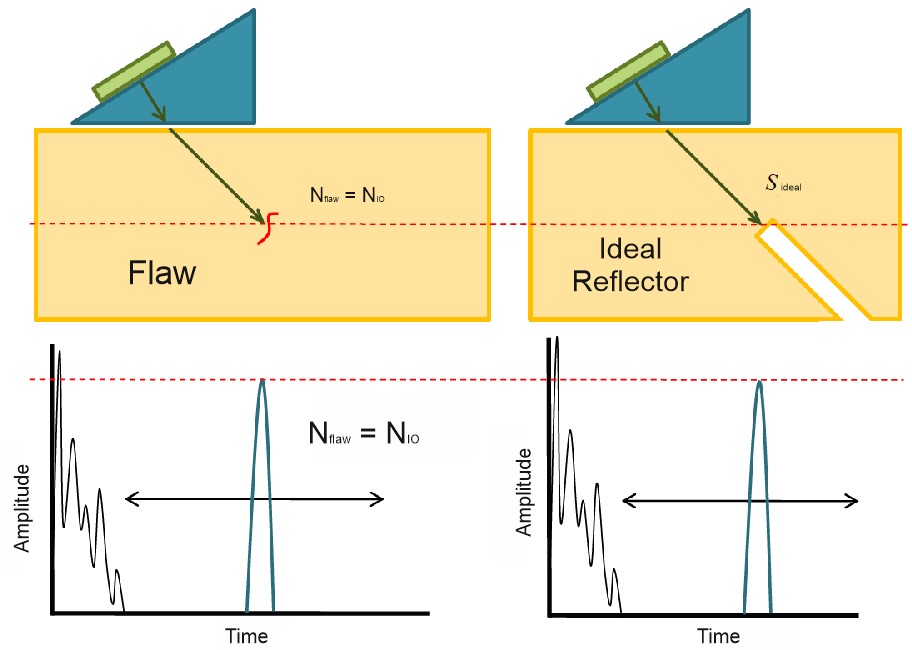 To determine the equivalent area of a defects and to adjust the device for the maximum sensitivity, use ARD diagrams and SKH diagrams. ARD – the diagram connects Amplitude – Distance – Diameter equivalent (Fig. 6.6).

The equivalent diameter is the diameter of the ideal reflector. SKH – the diagram connects the parameters Equivalent area – Detectability factor – Depth.