3 RECEIVING AND EMITTING OF ULTRASOUND WAVES

Currently, the most efficient and reliable converters are based on materials with a piezoelectric effect.

3.2. Piezoelectric transducer construction (PET)
The most widespread were PET three designs:
– direct combined (Figure 3.2, a);
– inclined joint (Figure 3.2, b);
– direct, separately-combined (Figure 3.2, c)
Common elements for all PEPs are:
1 – electrical terminals connect the faces of the piezo plate with the connector (2) on the body (3);
2 – connector is designed to connect the PET to the flaw detector using a coaxial cable;
3 – the case ensures the integrity of the structure and protection of the PES;
4 – a damper made of a material absorbing ultrasonic vibrations, is glued to the piezoceramic plate and quenches its free oscillations;

Fig. 3.2 – The design of the PEP: a – direct combined, b – inclined joint, в – direct, separately-combined
5 – piezoelectric plate converts acoustic vibrations into an electrical signal and back;
6 – the protector of the direct PEP is located between the object of control and the piezo-plate and is intended for its protection;
7 – the prism of the inclined transducer provides on the border with the object 23
The transformation of longitudinal waves into transverse waves and their inclined input;
8 – the screen in the separately-combined converter prevents the ultrasound from passing directly from the source to the receiver.
A direct combined PES (Figure 3.3, a) emits and receives longitudinal waves that propagate along the normal to the surface perpendicular to the input surface. 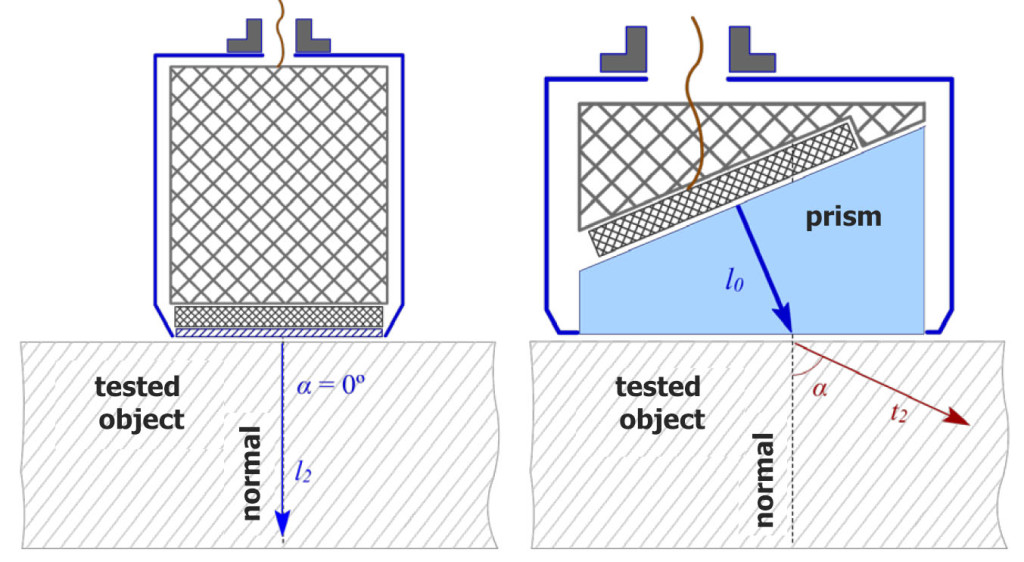 Fig. 3.3 – Scheme of input of ultrasonicwaves by an inclined transducer
The inclined combined PEP (Fig. 3.3, b) emits and receives transverse waves, which propagate at an angle α to the normal. Inclined input of transverse waves is provided by means of a prism. The piezoelectric plate excites longitudinal waves in the prism, which fall to the interface with the object of control at an angle greater than the first, but less than the second critical one. In this situation only transverse waves pass into the object of control, the angle of their propagation depends on the angle of the prism.