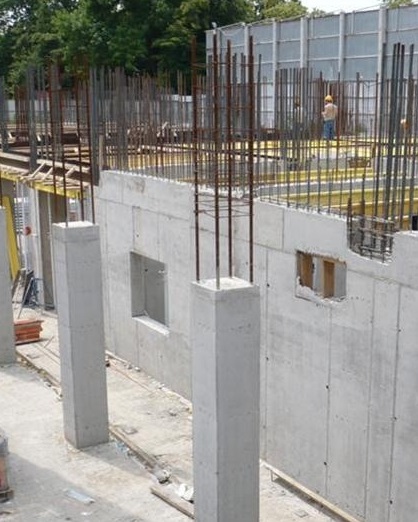 While construction repairing and maintenance of buildings, ability to detect various of subsurface metal objects is extremely important.

Measuring of the concrete protective layer thickness and detection areas with rebar elements – is a mandatory procedure before starting repair and construction works. To solve this problem the Concrete Cover Meter NOVOTEST Rebar Detector  is used, it is a device for non-destructive testing, which is operating with interaction of electromagnetic fields.

Using the Concrete Cover Meter NOVOTEST Rebar Detector, user can detect the location of the subsurface metal objects and the top row of rebar and measure the protective layer of concrete.

Also, the device allows user to determine the approximate diameter of the rebar and determine its position under unknown protective layer of concrete, and after to draw the layout of structures for further testing or to restore the lost documentation of reinforcement. Device has four scanning modes, equipped with graphic display with backlight and sound sensors. 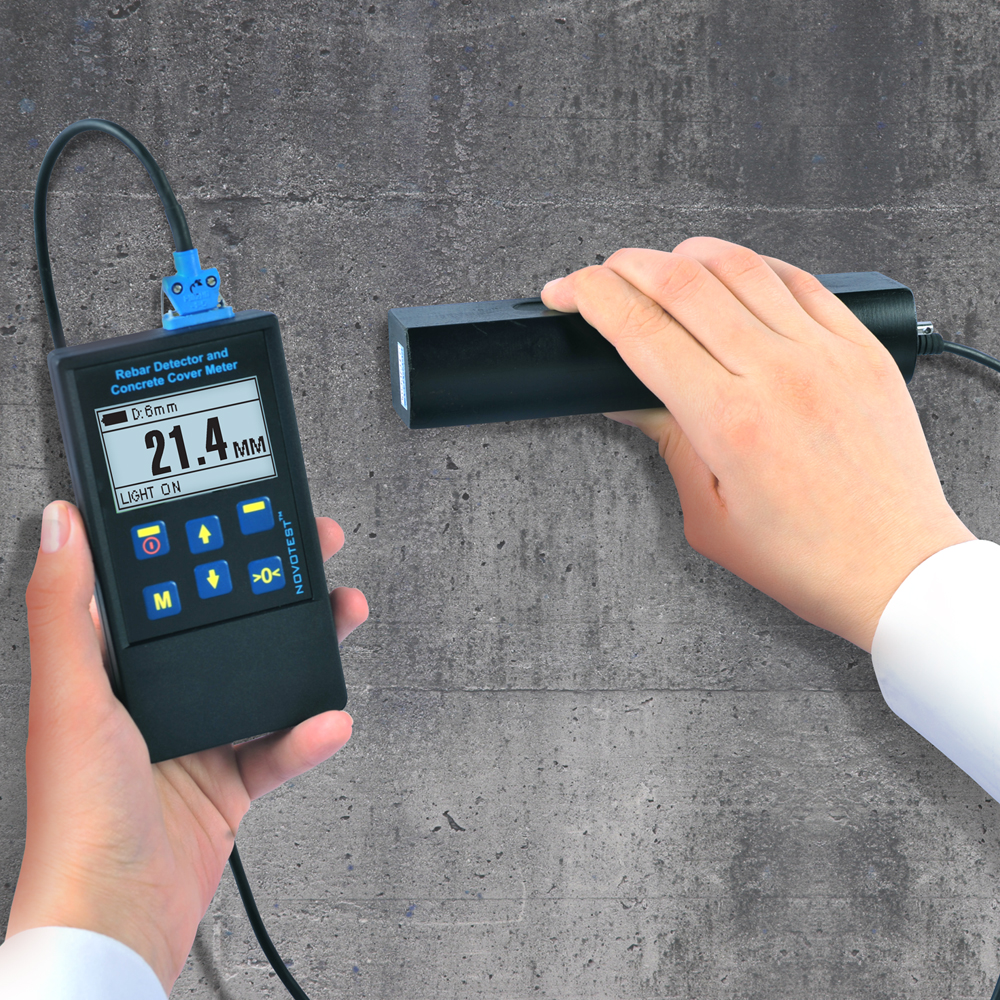 Concrete Cover Meter NOVOTEST Rebar Detector meets all requirements for accuracy and functionality, for devices of this class.

The device has four operation modes:

1) Main mode – measuring the depth of the rebar;

4) Mode of measuring the diameter of rebar

Rebar detection is performed by scanning the tested surface with the sensor of the device. The searching process of rebar detection is displayed on the screen line indicator and in value of distance to the rebar. For convenient operation, instrument has sound indication option. When the sensor is approaching to the rebar element, the frequency of the sound signal is increasing.