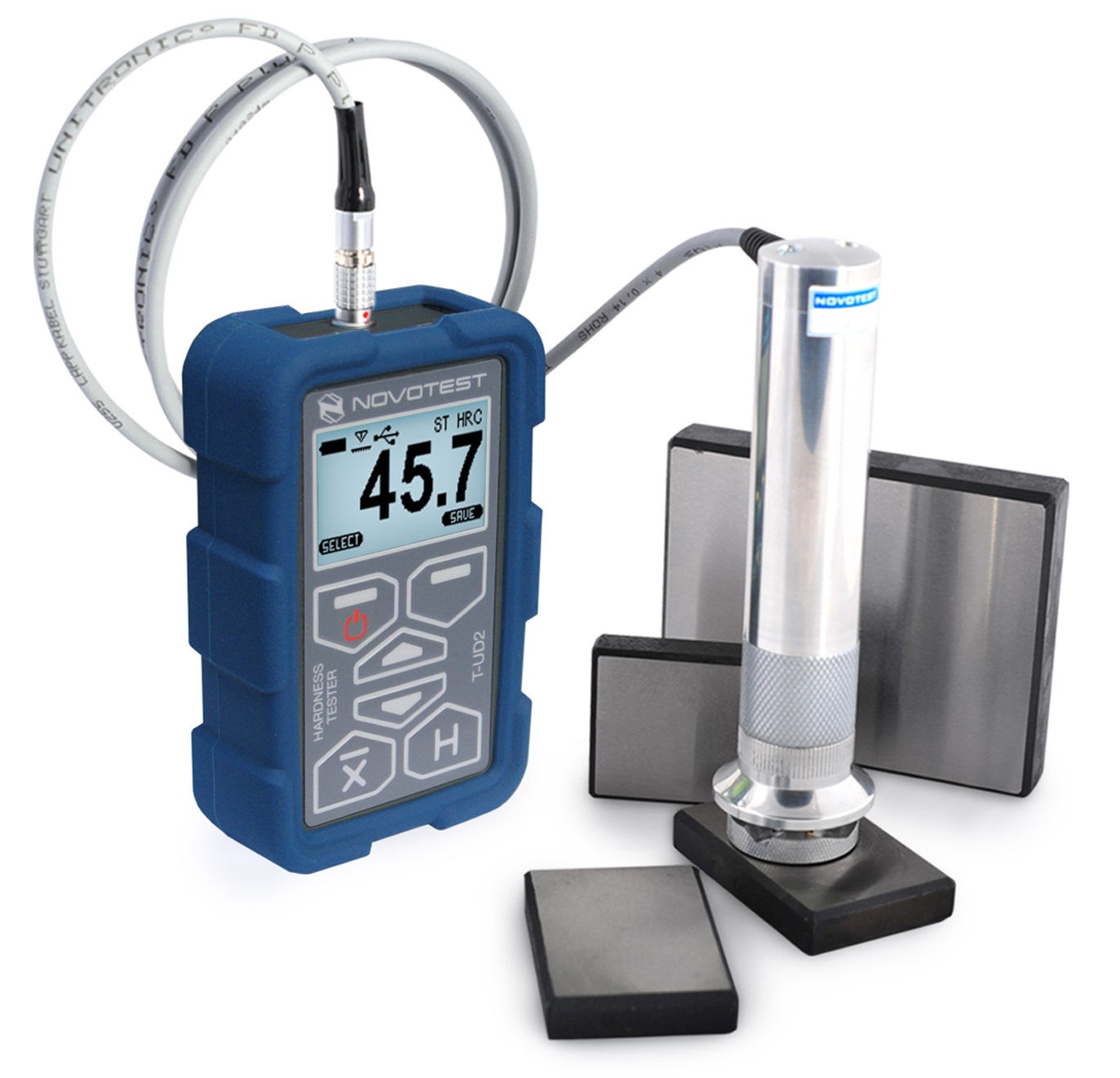 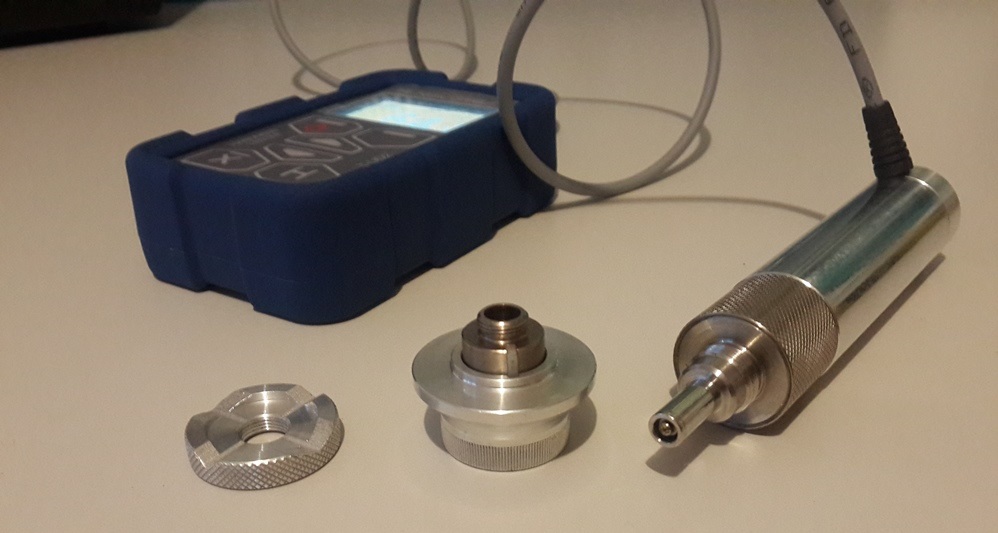 The ultrasonic contact impedance (UCI) probe of UCI Hardness Tester NOVOTEST T-U2 is used for measuring the hardness of small items, objects with thin wall, complex form, and to measure the hardness of surface hardened layers.

For hardness testing of flat objects user has to use the nozzle with a rubber ring for preventing displacement of the probe during testing. 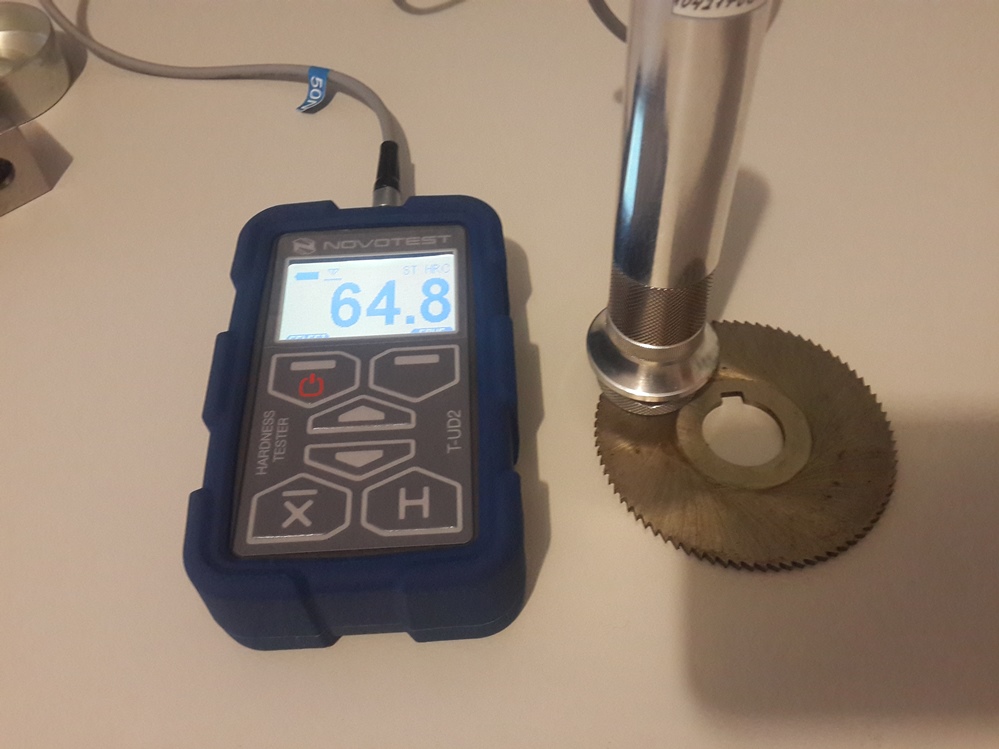 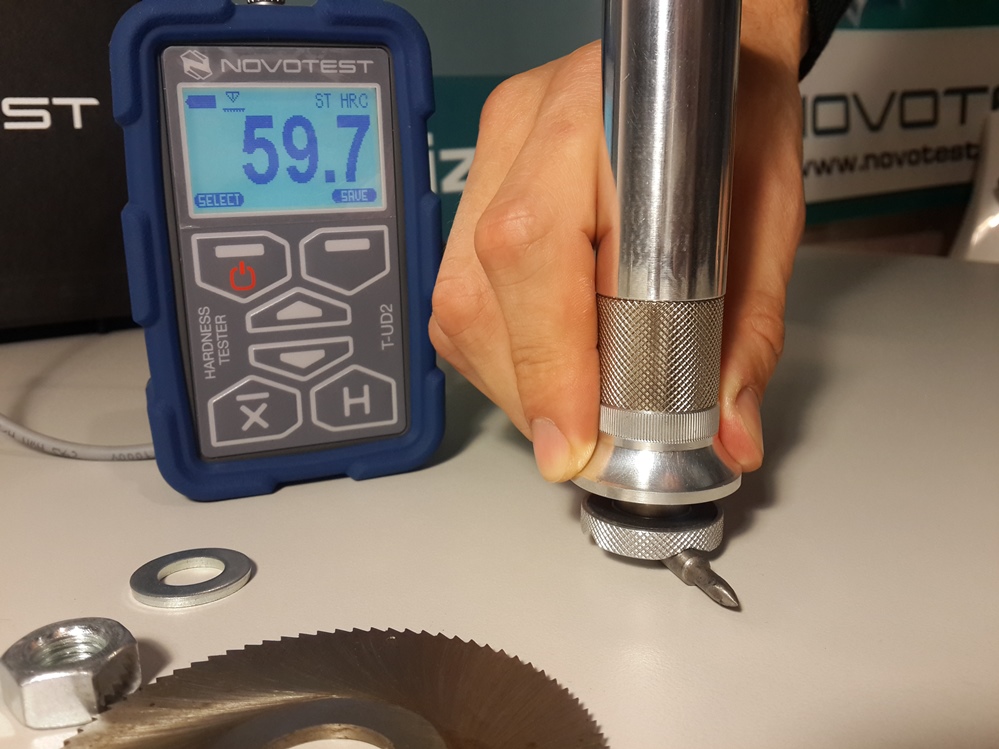 For testing the objects with round surface, user has to upend the nozzle with special recesses.

For hardness testing of small items and objects

with complex form, user can use probe without nozzle. 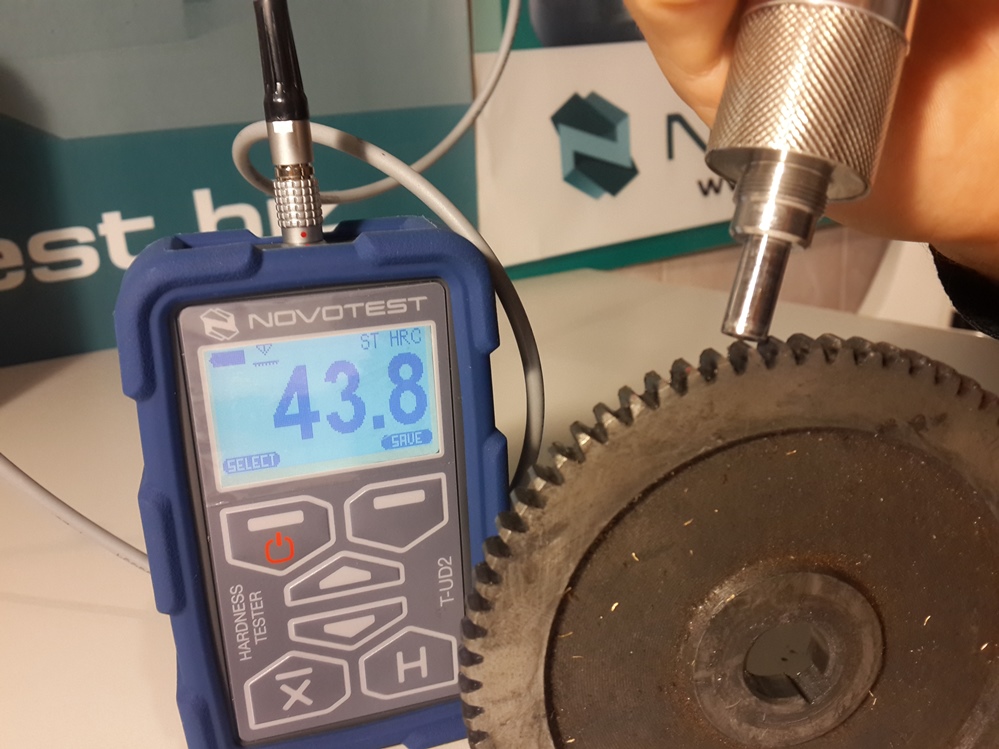 UCI Hardness Tester NOVOTEST T-U2 allows user to calibrate it for any metal materials and make tests on any hardness scales, in this case user has to calibrate device on test blocks of such material with different hardness values, which were obtained from hardness testing with bench hardness testers, which use direct method of hardness testing.

See the NOVOTEST T-U2 and UCI probe practical application below.